A Beginner's Guide to Thailand

Thailand is simply a fantastic place to visit. There is just no way around it. The Kingdom has some of the most beautiful beaches in the world. The weather is wonderful. There is something for everyone: shops for the shoppers, bars for the drinkers, Muay Thai for the fighters and massage parlours and ping pong shows for those with a second bank account. 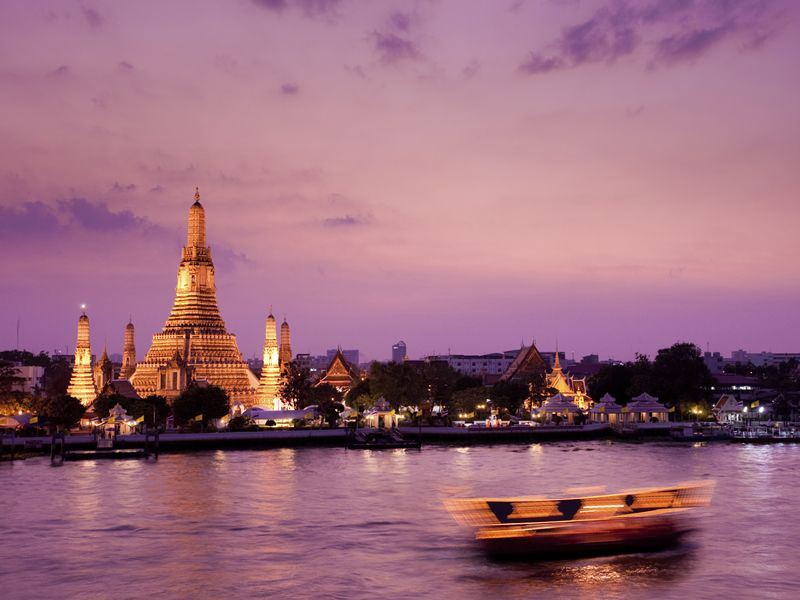 For the adventure traveller, there are hills to trek, tribes to visit, rivers to raft, elephants to ride, and waterfalls  to leap off.  This is no real secret though, is it?  Thailand is a world renowned tourist hotspot.  It is no longer off the beaten track.  But there is still adventure to be had for all.

From my experience, it is often the Thai people who supply that extra bit of spice.  After all, there numerous other places to hike, kayak, scuba dive or just lounge around.  But the Thai people, in their easy going and affable manner keep the customers coming back for more.  With the exception of those irritating Tuk Tuk drivers “You want tuk tuk!” – Thailand will charm you.

On my last visit, I spent most of my time at the beaches near Phuket and on Phi Phi Island. After days of beaching and kayaking I decided to do a bit of scuba diving.  On Phi Phi Island (Ko Phi Phi) I found my place. On the island, I walked past several scuba shops with nice new equipment; they looked clean, presentable, and crowded.  I kept walking. I chose the place that most resembled a tool shed as the shop for me. If there is one thing I know about starting a worthwhile escapade, it is choosing the tour shop that looks the most dangerous.

I walked up to the shop and was at once greeted with the biggest smile I have ever seen.  The owner of the smile was a short but well built Thai gentlemen.  He had a few silver teeth which only added to the charm.  “Hello, my friend!” he said instantly. “You want to scuba, good price for you, best price on Ko Phi Phi.” He continued to lay it on, “Oh, You look like a Bruce Willis, ha ha. Yes, you do. You are baby Bruce, ha ha…Cheap price for you my friend.”

The price sounded reasonable. Thailand makes it’s money off of over charging tourists, but this price was low enough that I started to worry for my safety. So, I signed in and agreed to meet back up with the man at 5 am the next morning.

“Oh hey, did you need to see my open-water licence? I think I left it back at the hotel”

The next morning came and we did the dive.  It was very pleasant.  We saw turtles, eels, sharks, star fish, clown-fish, coral and other fish with more colours than a Crayola box.  Nice, but uneventful.

The ascent was when the real adventure started. A few metres from the surface my BC vest popped. This is the piece of equipment that allows you to float to the top or sink to the bottom, depending on the amount of air in the vest. Mine had none, which meant I was no longer raising to the top. I kept pumping in air, until I used up all the oxygen.

Now you may be an experienced diver and this type of situation might seem completely manageable to you, but to me it was a moment for concern.  I would not call it panic, but a definite feeling of “Holy cr*p! What do I do now!?” set in. I began kicking as hard as I could to the surface. When I reached it, I was breathing heavily. I yelled to the guide “No huh… huh…air!”

“Ha Ha  Yes.  Yes, no hair, you baby Bruce!” I could hear him, but my goggles were so fogged that I could only see that giant grin of his. Then I went under again. I  kicked back to the surface in time to hear the guide say “You fine, no problem my friend.”

“Grab me. I can’t keep this up.” I tried to yell as intelligibly as one can yell with a mouth full of sea water. “Oh my Buddha, don’t worry man!” he said as he slowly made his way over to me.

When he finally got me, I felt like I had been running full tilt on a treadmill for the past several minutes. I was so worn-out that I couldn’t even manage to conjure any angry. We got back on board, got out of the gear and I sat down–exhausted.

“What the heck man, what took you so long, I thought I was going to drown to death out there!”

Then he hit me with that huge grin, and said in a way that could cause no insult, “Ha, oh mama, you westerners are all the same.  You look like strong handsome man, but you scare like little girl, ha ha.”  Then he popped the top off beer bottle, slapped me on the back, handed me the beer and said, “You come back tomorrow, very good price for you my friend.  I haven’t had another diver in a week.”

Yeah, sure. Why not,” I said. After all, anyone who can charm you, guide you, almost kill you, save you and then charm you again has earned a return visit. That is Thailand. A destination that will once again be on my future travel plans.